PUT IN YOUR $0.02 WORTH
Bears Still Not Out Of The Woods
And Now Disney? 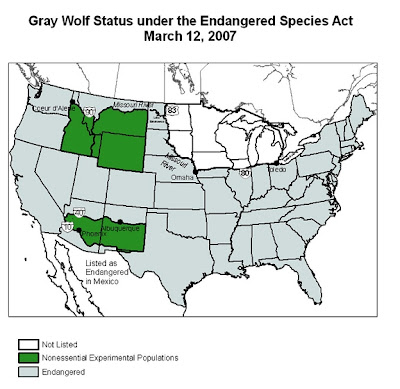 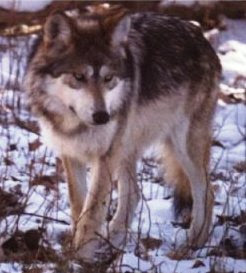 .. The public comment period for the final wolf delisting will end on May 9, 2007. That's less than a week from today. If you are concerned about the wolves, their future, and how they will be managed; now is the time to comment.
.. In the February 8, 2007, Federal Register, the U.S. Fish and Wildlife Service published its proposal to delist the gray wolf in the northern Rocky Mountains. It can be viewed HERE.
.. Public comments can be electronically mailed to NRMGrayWolf@fws.gov, hand-delivered to USFWS, 585 Shepard Way, Helena, MT 59601, or mailed to U.S. Fish and Wildlife Service, Wolf Delisting, 585 Shepard Way, Helena, MT 59601.
.. There are still concerns about the Wyoming plan to deal with wolves and the courts will have this portion of the delisting for quite some time. You can read the brief story in the Cody Enterprise.
----------------------
.. There has been much to read about the recent Grizzly Bear delisting. An article in the Billings Gazette sheds some light on the problems the bears will face as global warming causes the world to heat up.
.. From the possibility of fewer winter-killed elk to the 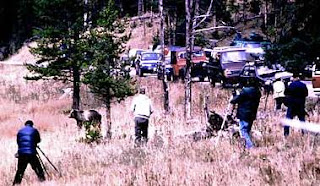 changing behavior of Yellowstone's Cutthroat Trout, a variety of changing conditions will affect how the bears will have to adapt.
.. One adaptation that is receiving little attention is the adaptation to human presence. An essay in Carnivoria points to this very real situation and the continuing threat it poses to both the bears and humans. Yellowstone National Park will certainly have to deal with this more frequently as time goes by.
.. Earth Justice has been on top of the issue from the start, and feels that the recent delisting violates the original USFWS guidelines. This issue is still not resolved.
----------------------
.. There are a couple of items that relate to the Disney Corporation that may interest Yellowstone fans. A Step Apart comments on the expansion of the Disney Tour Company and the possibility of Disney Tours in Yellowstone. The comments are about a story originally published in the Miami Herald.
.. And children, who were expecting some Disney Channel cartoons were recently treated to a bit of a peep show as a cable provider substituted a pornographic segment for the family entertainment. From Trenton, New Jersey, to Seattle, to Great Britain, this story has made big news. Even Yahoo and MSN have carried a version of the story.
.. This bit of obscenity is probably not near as bad as what may happen if Disney really decides to provide tours in Yellowstone, Grand Canyon, and other National Parks.