BEARS ON THE RUN
Wolves Causing Stir
bison in fiberglass 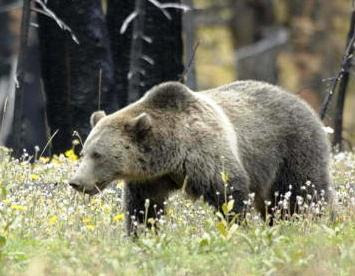 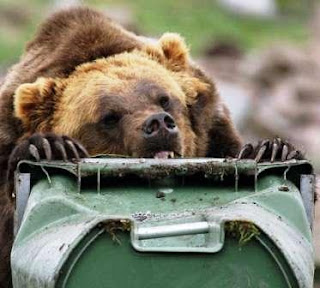 .. Tomorrow, (Monday, April 30, 2007,) is the last day for Grizzly Bears on the endangered species list in the Yellowstone region. Already a lawsuit is being drafted. LINK.
.. Montana Officials say that they will stop monitoring grizzly bear activity in NW Montana unless federal agencies pay for the program. LINK.
.. Visit Yellowstone To Yukon to see where grizzlies can live in the proposed corridor of this conservation effort.

.. Wolves too, are now a different class of animals and, parallel to the grizzlies are much maligned and hated. The situation becomes one of human adaptation as well as animal adaptation. See the story in CDA Press.com for an interesting Idaho perspective.
.. Elk & Bison both carry brucellosis into Montana, Idaho, and Wyoming. This is becoming a real point of contention between Yellowstone National Park and the states and other federal agencies. The rift in approach to controlling and eradicating the disease is detailed in a story by BRODIE FARQUHAR in the Casper Star Tribune.
.. West Yellowstone has a different perspective on bison, and is painting a herd of plastic buffalo to attract visitors.