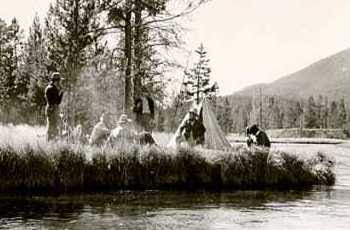 nps photo of historic reenactment in 1957
Cruel - Cruel - History
.. In January we posted two notes about Kim Allen Scott, (-1- -2-) and his book "Yellowstone Denied. For a brief review of the book, and some contemporary psychological analysis click on over to "The Magic Of Yellowstone" and see another view.
"I don't think we need heroes; they get in the way. They lead us to the severe judgments we make about other people. If you set yourself on a pedestal, then you will be rightfully taken down. Doane was never turned into a hero, was bitter about it, and now his biography is the story of a bitter, dead, white man and why he never got the glory he so hungrily lusted after. And, as cynical as it sounds, it is hard to deny that truth. The sadness is that because we live in a world where that kind of glory, where that kind of heroism is so adored, we aren't allowed to meet Cheyney Doane on his own terms, terms that are probably not a whole lot better or worse than the rest of us, or might not have been if we didn't live in a society that has such artificial metrics of value."
.. Well, so be it.
----------------------
Kind - Kind - History 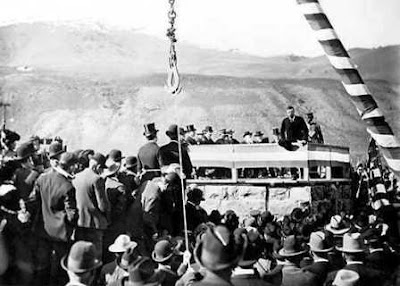 .. On April 24, 1903 happenstance allowed "TEDDY" to be present at the laying of the cornerstone of the Gateway Arch at the north entrance to Yellowstone Park.
.. Because of this, it's now called the "Roosevelt Arch." Doane just was never that lucky.
.. To this day many people give Teddy credit for inventing, establishing, and preserving Yellowstone. Such are the whimsey's of history as we know it.
.. So be it.
----------------------
Snowmo's Still With Us 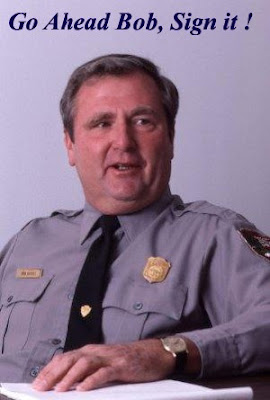 .. Even as Spring begins it's transition away from Winter & into Summer, snowmobiles remain on the minds of many.
.. It seems that a letter was sent to a lot of people about how bad snowmobiles are for the park. Zealousness got the better of the sender and he included Bob Barbee's signature without approval, and without Bob knowing about it.
.. If you're quick you can read about it at the Bozeman Chronicle site. If not, the note is reproduced below. This is the kind of zeal that replaces reason in heated arguments - too bad, we'd really like to know what Bob thinks.
-------------------------
This was on the Bozeman Daily Chronicle web site on Friday, March 30, 2007 - for just one brief day. We reprint it here in the interest of access.
-------------------------
Name of former YNP head inserted in letter by mistake
By SCOTT McMILLION, Chronicle Staff Writer
- Former Yellowstone National Park Superintendent Bob Barbee's name should not have been included among a list of former National Park Service brass opposed to snowmobiling in the park, said the man who distributed the list.
- "It was my mistake and my mistake alone," said Bill Wade, chairman of the executive council of the Coalition of National Park Service Retirees, a group critical of snowmobiling in the park.
- The foul-up came earlier this week, when several former Park Service directors sent a letter to U.S. Secretary of Interior Dirk Kempthorne calling for the elimination of snowmobiling in Yellowstone.
- The letter included a facsimile of Barbee's signature.
- However, Barbee never signed the letter and didn't approve the use of his name, said Wade, who e-mailed copies of the letter to the media and others.
- Wade said his group created two versions of the letter and circulated them among potential signatories for approval. One letter included Barbee's "signature block" and one didn't.
- Wade said he didn't know if the facsimile of Barbee's signature was electronic or a photocopy.
- Barbee was out of the country and couldn't be reached for approval prior to the letter's release, Wade said, but the version of the letter with his signature was disseminated to some media outlets.
- "I just simply screwed up and sent out the wrong version to a few of you," Wade said Thursday.
- A Chronicle story about the letter ran Tuesday, and mentioned Barbee, who ran Yellowstone from 1983 to 1994, a time of rapid snowmobiling growth in the park. He is retired from the Park Service and lives in Bozeman. He could not be reached for comment this week.
.. Ray Grass of the DeseretNews.com believes that snowmobiles are the best way to see Yellowstone and is neither ashamed, nor shy about it.
.. The folks at EarthJustice, on the other hand feel that the current iteration of the Yellowstone winter use plan is a "Return to the 'Bad Ol' Days." 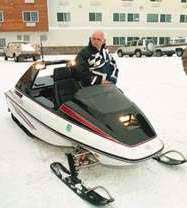 .. Brodie Farquhar, writing for the Casper Star Tribune, has a note about the in's -'n' - out's of the current plan.
.. National Parks Traveler has an extensive list of news sources on this topic - it must be important.
.. There seems to be no alternative to the BAN - NO BAN arguments. There is a third road that has been completely ignored in this polemic. Would people like snowmobiles if they were cleaner and quieter than the current coaches and vans? There are roads to this possibility. The Billings Gazette ran an article a while back, and A Step Apart has a similar post.
.. So be it.
Posted by Yellowstoner at Friday, March 30, 2007

IT'S WARMING UP IN YELLOWSTONE 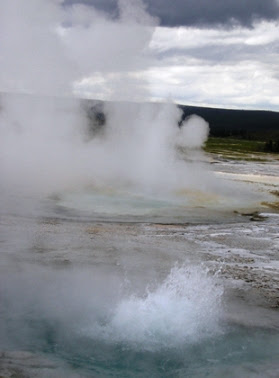 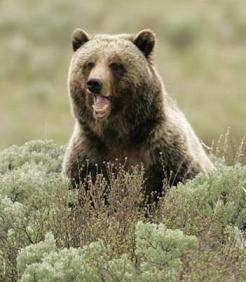 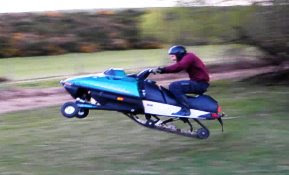 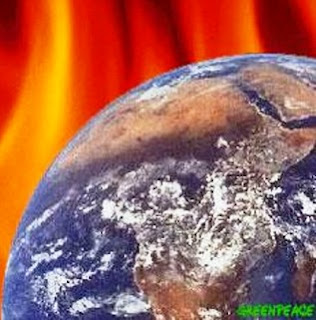