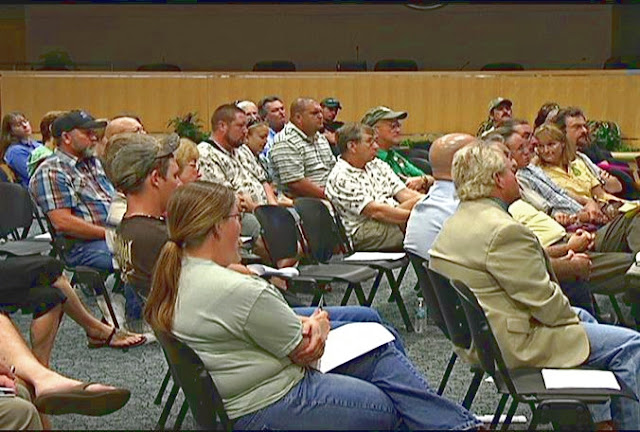 .. The NATIVE FISH CONSERVATION PLAN is designed as a major effort to respond to the diminished stocks of native fish in Yellowstone National Park.
.. The Environmental Assessment is now open for public comment. 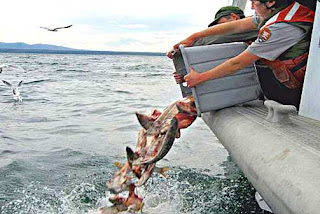 .. Mark your calendars; only two public meetings are scheduled:

.. Written comments may be submitted through the project web site, in person, by mail, or at either of the scheduled public meetings. Comments will not be accepted by phone, fax, or e-mail. All public comments must be received or postmarked by midnight, January 31, 2011.
..  Here are the important Links:
==> Project Home Page,
==> Project Plan Process,
==> Meeting Notices,
==> Project Links,
==> Document List,
==> Comment Form. 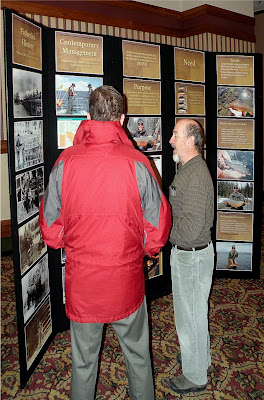 .. The scoping meeting in West Yellowstone last April was poorly attended. No feather merchants were present, one local guide was present, and a handful of concerned fishers attended.
.. Input by these few interested parties helped shape the current document that is now open for review.
.. The EA addresses Lake Trout in Yellowstone Lake, other invasive species throughout the rivers in the park, the effects of climate change on native species, and disease.
.. Conservation efforts addressed include: increased gill netting in Yellowstone Lake, establishing barriers and weirs, removing non native species, restoring native populations, and a host of other actions including poisoning fish populations.
.. The key concept is conservation. The actions taken to implement this can be extensive, varied, and vast.
.. It's important that input at this time be concise, reasoned and rational. It will help steer the project and will certainly affect the fishscape of the future.
.. Please understand that, at base, this addresses the question of "What Is The Purpose Of Yellowstone National Park." Several guides have remarked that it does no good to replace one trout with another. They are just concerned with catching any fish. 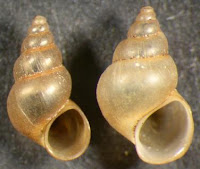 .. Many guides and fishers of the park will be voicing opinions that catching fish, (the more - the better,) is what the park should provide.
.. There are others that feel it's important to remove all invasive species such as Rainbow Trout, Brown Trout and Brook Trout to foster the recovery of native Cutthroat Trout & Grayling(?).
.. Many feather merchants feel that the role of Yellowstone National Park is to provide fishing opportunities for recreational fishing, (and an economic base for their enterprise.)
.. Some conservationists believe that the only way to enable preservation of native fish is to "restore" the park to "natural" conditions, including removal all planted stocks of fish, (which is a large segment of the current fishable populations.)
.. Definition of terms and concepts will be argued and explored at the public meetings and in the submitted comments. Many oxen could be gored by this project. 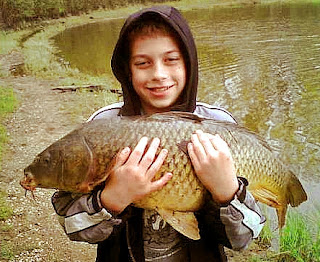 .. The subtext of comments will be interesting to observe, as will the rationale behind the proposed actions in those comments.
.. Some fishers of Yellowstone have opined that since Brown Trout have been in the rivers for over 100 years that they are "native."
.. Does that make Lake Trout native if they survive another 70 years?
.. In another 100 years what will the descendants of those fishers say about Rock Snot, New Zealand Mud Snails, and other yet unforeseen invasive species? 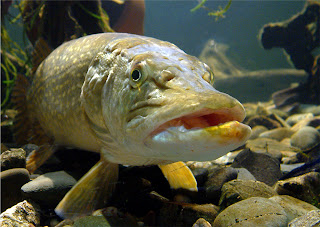 .. As the waters warm will we see Yellowstone become a trophy fishery for Carp and Chubs and Largemouth Bass?
.. What will happen if some fool decides to dump Northern Pike or Muskellunge or Lake Trout in Hebgen Reservoir, right at Yellowstone's door?
.. Your input is necessary for the decision making process. We're talking about the future and how history will view the legacy that we leave.
.. Make no mistake about it, this is a significant project. It will last for 20 years, (1/5 of the next 100 years.) It will significantly affect the definition of Yellowstone National Park and it's role in species conservation and recovery.
.. It will also determine who fishes where and for what in the park. It is an historic effort that demands you input and your concern for how Yellowstone is defined: a fun and profitable fishery for visitors seeking "non-native," invasive trout or a refuge for indigenous species - or both.
Posted by Yellowstoner at Saturday, December 25, 2010 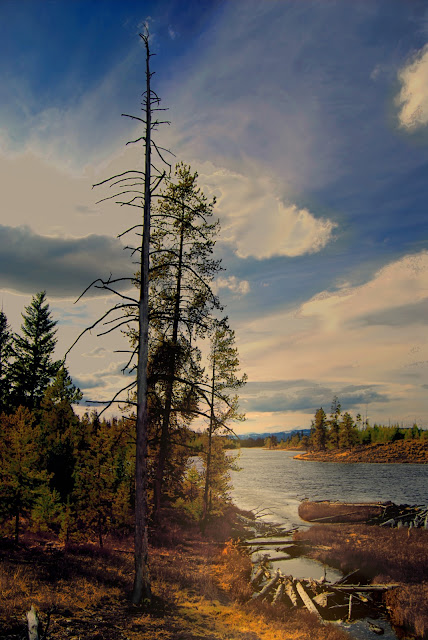 Posted by Yellowstoner at Tuesday, November 09, 2010

.. Final approval from the Division Of Federal Highways is expected on Wednesday - or so. The Gibbon River Bridge Project is about finished. It looks like a picture book.
.. Rock work along the roadway blends with the native stone and is artistically done. The bright yellow and white paint on the roadway sets off the road like nothing else can. It won't be beautiful for long, but it will be ohhh sooo much nicer to travel.
.. The volcanic potholes are gone. The off-camber diminishing radius curves are a thing of the past. The abrupt shoulders are just a bad memory.
.. The lack of parking or pull-outs along the road between Gibbon Falls and Tuff Cliff has been remedied by the addition of at least 15 new, (and very spacious,) wide spots.
.. It's been over a decade in planning and construction. It's hard to describe the change. Simply put; it's a modern road, well designed and competently constructed.
.. There is no more fear for the impending disaster of an approaching motor home. Room for the contemporary condominiums on wheels was adequately provided for: now then, about the dotards behind their steering wheels.
.. We were treated to a brief tour of some of the improvements, (thanks guys,) and have a pile of images to show you.
.. We suspect that the fishing pressure along the Gibbon River, (below the falls,) will increase mightily because of the wonderfully placed parking areas. The neighbors are already planning where and how!
.. The old picnic area at the base of the falls is now a scenic pull-out with small hills and a twisty one way road, (paved just yesterday.)
.. There is a new picnic area up-grade from Gibbon Falls at Iron Springs. We haven't had the legs to climb to this area in over 30 years - nice to visit old friends.
.. There is now a monstrous parking area for vehicles above the falls and a nicely paved walking and viewing area with powder-coated handrails and giant boulders for sitting and decoration.
.. The overlook is just as spectacular and far safer than the old disaster area. There are traffic separators and the congestion that was so common in this area should be greatly reduced.
.. We're going to miss the easy access to the narrow canyon riffles above the falls. However, the person in charge of restoration of this section understands the needs of crippled old farts and has assured us that the walk along our favorite riffles will not be too strenuous.
.. We did have time to visit with the river about sundown, (just a pleasant 60 feet from our trusty horse,) and danced with a small Brown Trout. We are going to save full exploration of the new access points for next season, (it'll get us through the winter with sneaky planning.)
.. Enjoy the images below. They are fairly sizable and a click will fill your screen.

Posted by Yellowstoner at Friday, October 22, 2010

GREAT WHEN UP
YVO SCORES 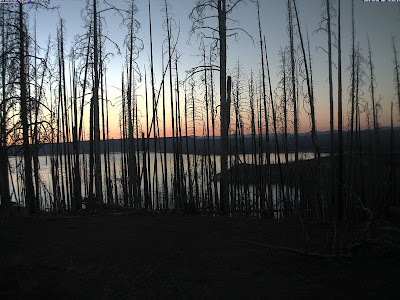 .. The Yellowstone Volcano Observatory is monitoring remote locations with a mobile, (Repeat "MOBILE") web cam.
.. The camera is subject to infrequent breakdowns and because of it's remote locations may be down for awhile when it poops out.
.. It's "UP" as we post this! 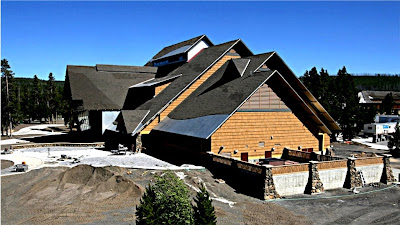 .. With the opening of the "Visitor Education Center" at Old Faithful comes an interesting and insightful note in the New York Times.
.. Try it - see if you like it.
.. The project, according to the FAST COMPANY, has given us the "Greening of Yellowstone."  Now that's just dandy. Given the visitation it needs it. 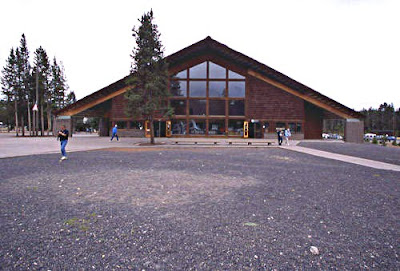 Posted by Yellowstoner at Wednesday, September 01, 2010 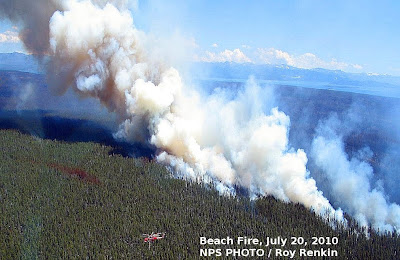 -- There are three fires burning in Yellowstone National Park:
==> Doan Mountain,
==> Slough Creek,
==> Beach.
-- The Slough Creek and Beach fires are being actively fought. The Doan Mountain fire is smoldering and being monitored.
-- For complete information go to the InciWeb Yellowstone Page.
Posted by Yellowstoner at Wednesday, July 21, 2010

MANY ROADS CLOSED
Call Ahead
use the web 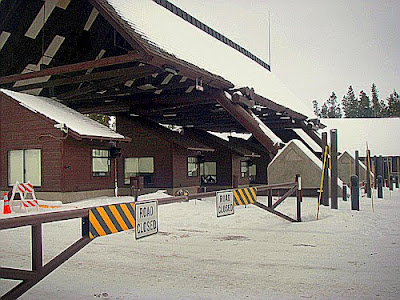 -- Periodic closures of some roads and entrances are occurring as the current spate of snow storms pass through the region.
==> Yellowstone Road Conditions: HERE.
==> Telephone: 307-344-2117
.
Posted by Yellowstoner at Friday, April 30, 2010

Hear All About It 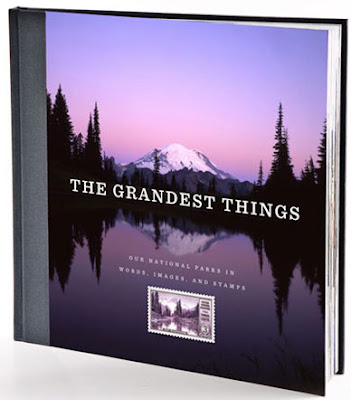 .. Federal News Radio lets us know about the new coffee table book combining historic stamps and pretty pictures of some of the parks. The original idea came from an entrepreneurial postal employee.
.. Hear all about it HERE. See the book HERE.
Posted by Yellowstoner at Friday, April 23, 2010 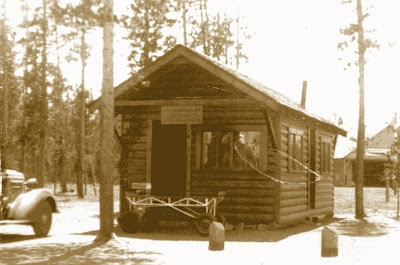 .. In 1939 if you flew into West Yellowstone you would be greeted by this lovely terminal building just off of Iris Street at the west side of town.
.. Now that's an adventure! Read it HERE.
Posted by Yellowstoner at Friday, April 16, 2010 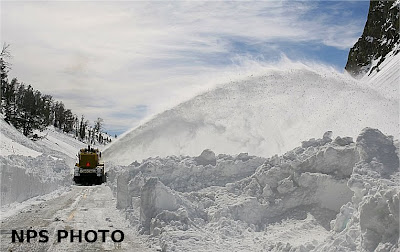 -------
-- Local citizens of West Yellowstone have established an organization and a website to advocate the position that plowing the road from West Yellowstone to Old Faithful would be advantageous on many fronts.
-- The website can be found HERE. Check it out if you would like to have access to Yellowstone's west side as well as the northern range in winter.
Posted by Yellowstoner at Wednesday, February 24, 2010