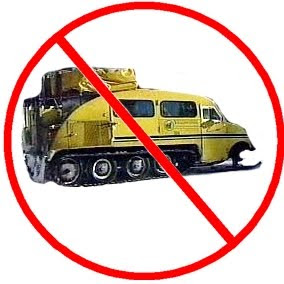 "The majority of these higher sound levels were
caused by old technology snowcoaches.
Sounds from both visitor and administrative
oversnow vehicles were included in this study."

-------
.. The 2009 draft reports for winter use are out. You can find them at: WINTER USE TECHNICAL DOCUMENTS. The two draft reports cover: noise, air pollution, wildlife reactions, and other issues. 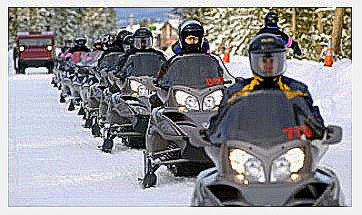 .. Now that the commercial four stroke snowmobile fleet is quieter than old snowcoaches we anticipate that the winter use discussion will focus on the impact to animals generated by the concentrated mass of vehicles mandated by grouping sleds together in 'guided' tours.
.. There will probably not be much change in the stance of the traditional litigants in the winter use debate. Sadly there is entrenchment by all parties and they are still using both old data and misinformation in the public debates and harangues.
.. Arguments against snowmobiles are still focused on 2-stroke pollution & pictures that are over a decade old. Arguments for Bombardier snowcoaches ignore the crowded & restrictive nature of the experience and their decibel levels; both inside and outside of the vehicle.
.. The Acoustic Ecology Institute has followed the noise of sleds in the park and found similar results to the NPS studies. 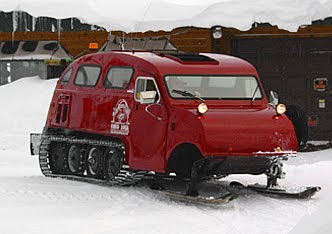 .. In addition to the noise issue there is data that suggest that the current snowmobile fleet is even cleaner than the "BAT" snowcoaches, (LINK.) this data was produced two years ago and has only been used in court cases - not the public debates in the press.
.. A recent article in the Deseret News points out the kinds of arguments being used. The sad part of the whole debate is that enormous amounts of park monies and resources are being squandered defending and reiterating the "SCIENCE" that is misinterpreted.
.. This emotional battle is being fought along lines drawn in the snow by parties with vested interests so diverse that it promises to continue for another decade or more.
Posted by Yellowstoner at Saturday, August 22, 2009