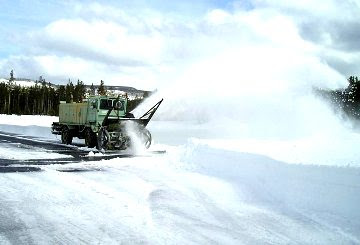 nps photo
PLOWING TO START MARCH 4
SYLVAN PASS Draft ASSESSMENT
Read The Yellowstone "BUSINESS PLAN"
.. The National Park Service has announced the schedule for clearing the roads for the summer season. This process takes time and the weather makes the posted schedule problematic, Check the Yellowstone Road Page for more accurate information. Or, Call park headquarters at (307) 344-7381.
-----------------------
Starting 9 p.m. on Sunday, March 4, roads from Mammoth to Norris will be closed:
Then the closure of Norris to Madison and Norris to Canyon at 9 p.m., Tuesday, March 6. Remaining roads will close to over the snow vehicles at 9:00 p.m. on Sunday, March 11.
-----------------------
Roads will open again to vehicles on Friday, April 20, from Mammoth to Old Faithful; Madison to the West Entrance; and Norris to Canyon.
Roads from Canyon to Lake, and from Lake to the East Entrance are scheduled to open Friday, May 4;
Lake to the South Entrance, and West Thumb to Old Faithful, Tower to Tower Fall on Friday, May 11; and Tower Fall to Canyon over Dunraven Pass on Friday, May 25.
-----------------------
.. The Draft Avalanche Report for Sylvan Pass press release is available at the Yellowstone National Park web site. The full report is available HERE (PDF). The report says that there will be no changes to travel through Sylvan Pass.
------------------------
The Yellowstone National Park Business Plan is an interesting, (and lengthy document,) it can be accessed HERE (PDF). For a glimpse into the thought process of people planning the future of Yellowstone check the sections: PRIORITIES & STRATEGIES - Park Goals, and LOOKING FORWARD. This is a glorified budget request and justification. Note the Biz Buzz and words like "JUSTIFICATION" & "PUBLIC."
Posted by Yellowstoner at Wednesday, February 28, 2007 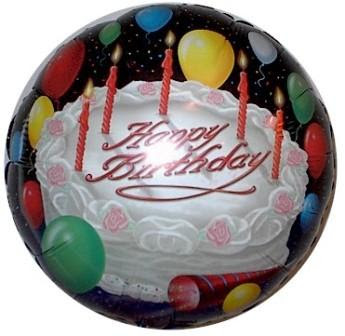 Today marks two important birthdays
for the national parks,
and anticipates a third. 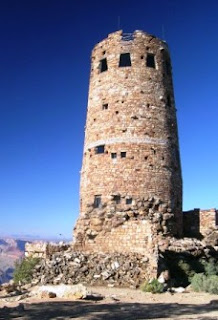 .. February 26, 1919 - Congress makes most of the Grand Canyon a National Park. It was a favorite place for "Teddy" to shoot cougars. 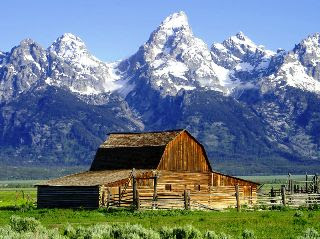 Snake River Land Company so he and others could buy land in the area incognito and have it held until the National Park Service could administer it. The company launched a campaign to purchase more than 35,000 acres (142 km²) for $1.4 million but faced 15 years of opposition by ranchers and a refusal by the Park Service to take the additional land for the park.

----------------------------
Forty-Second Congress. Session II Ch. 21-24. 1872. March 1, 1872. CHAP. XXIV. -- An Act to set apart a certain Tract of Land lying near the Head-waters of the Yellowstone River as a public Park.
Be it enacted by the Senate and House of Representatives of the United States of America in Congress assembled, That the tract of land in the Territories of Montana and Wyoming, lying near the head-waters of the Yellowstone river, and described as follows, to wit, commencing at the junction of Gardiner's river with the Yellowstone river, and running east to the meridian passing ten miles to the eastward of the most eastern point of Yellowstone lake; thence south along said meridian to the parallel of latitude passing ten miles south of the most southern point of Yellowstone lake; thence west along said parallel to the meridian passing fifteen miles west of the most western point of Madison lake; thence north along said meridian to the latitude of the junction of the Yellowstone and Gardiner's rivers; thence east to the place of beginning, is hereby reserved and withdrawn from settlement, occupancy, or sale under the laws of the United States, and dedicated and set apart as a public park or pleasuring-ground for the benefit and enjoyment of the people; and all persons who shall locate or settle upon or occupy the same, or any part thereof, except as hereinafter provided, shall be considered trespassers and removed therefrom.

SECTION 2. That said public park shall be under the exclusive control of the Secretary of the Interior, whose duty it shall be, as soon as practicable, to make and publish such rules and regulations as he may deem necessary or proper for the care and management of the same. Such regulations shall provide for the preservation, from injury or spoliation, of all timber, mineral deposits, natural curiosities, or wonders within said park, and their retention in their natural conditions. The secretary may in his discretion, grant leases for building purposes for terms not exceeding ten years, of small parcels or ground; at such places in said park as shall require the erection of buildings for the accommodation of visitors; all of the proceeds of said leases, and all other revenues that may be derived from any source connected with said park, to be expended under his direction in the management of the same, and the construction of roads and bridle-paths therein. He shall provide against the wanton destruction of the fish and game found within said park, and against their capture or destruction for the purposes of merchandise or profit. He shall also cause all persons trespassing upon the same after the passage of this act to be removed therefrom, and generally shall be authorized to take all such measures as shall be necessary or proper to fully carry out the objects and purposes of this act.
APPROVED March 1st 1872
U. S. Grant (Signed)

Posted by Yellowstoner at Monday, February 26, 2007

SEE ALL ABOUT IT

HEEEERRRE'S BETH!
.. Now that Yellowstone National Park has its cell phone structure planned, and now that everyone that visits the park has ear buds surgically implanted, it's time to "WATCH BETH."
.. You can find Beth at the INSIDE YELLOWSTONE page on the web. She will tell you all about the park in a series of 90 second videos. You can get each video for Dial-Up, Broadband, or i-Tunes Podcast, (Just Subscribe.) You can even get a free player for your electronic gadgets.

.. This is the new Yellowstone; with all the drama and excitement of a live ranger. The current release has 30 videos, and the web site provides a map for reference. This wonderful series allows viewers to script their Yellowstone experience.

.. Just click on the map and you're ready to go.

-----------
.. There is also a companion series entitled YELLOWSTONE IN DEPTH. This too has the Dial-Up, Broadband, and i-Tunes options. This series currently has two videos - but more are promised.

These 6 - 7 minute videos offer a bit more information, and are probably not suited to the windshield visitor; unless they are not the driver.
.. In this series you can hear Hank tell us that the volcano will be destructive in the future but that now it is creative.
..This is 'park-speak for:' "when it blows there will be a different Yellowstone." He assumes it will be worse. Why not better?

HERE'S HOW THE OTHER HALF SEES IT

"Eating ice cream on the porch overlooking Old Faithful is a great way to experience the wonders of Yellowstone without all the rigors of hiking."

.. June 26 - July 1: for approximately $1600 per person based on double occupancy, according to Mays. (This does not include gratuities for driver, guide, or cocktails.) Want this kind of fun? CHECK IT OUT!
.. OR - get a job at Roosevelt Lodge and watch the fun.

Posted by Yellowstoner at Sunday, February 18, 2007

NOW WE NEED THE WHOLE STORY 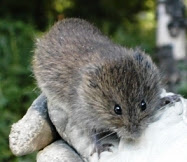 .. The news media and the blogsphere have masticated the first blush report on Global Warming from the IPCC. The warnings are dire, and that may be a sugar-coated view.
.. National Parks Traveler has a peek into what the future may hold for the parks. A Step Apart has a bit more detailed view that details Yellowstone's possible future. All the major on-line sources are atwitter with the news, and there's no need to list links here.
.. There may be good news in all of this: genetic diversity. In September, 2004, Stanford University reported on research that they had been conducting in Yellowstone's Lamar Cave near Cooke City, Montana. The research entailed excavating a 30-foot deep rodent midden and identifying the remains. The pocket gopher and the Montane vole were the focus of the research. It took over seven years just to excavate the midden.
.. The results suggest that global warming contributes to genetic diversity. And the inference for today is that genetic diversity will prove to be adaptive during the stress of climate change. We wonder if the current buffalo herd is showing this as well? The elk? The wolves? The pines? The firs? The rangers?
_______________
.. Interesting Reading:
- Stanford Research - report of findings,
- Science Blog - report of findings,
- Do Genes Respond to Global Warming? -- PLoS Scientific report,
- Holocene Climatic Optimum - Wikipedia,
- World Temperature Record - Wikipedia,
- Paleoclimatology - Wikipedia.
_____________
.. Besides real estate speculation for ocean front property, we wonder what else we've missed in the rush to doom? After all, similar events about 6,000 years ago may have given rise to the socio-cultural structures that produced the phenomenon in the first place.
Posted by Yellowstoner at Saturday, February 03, 2007

Interesting Notes From Ralph & Other News 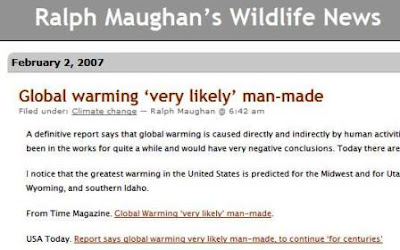 .. Ralph Maughan's Wildlife News is an invaluable source about the happenings of wildlife. Although primarily dedicated to wolf news, the web of life demands a far more catholic approach - he provides it. 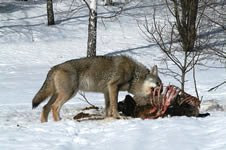 .. With a just year under its belt, ( it replaces his old site,) the blog has become a definitive site for reference and information about our wild neighbors and their interactions with the social environment that surrounds and confines them. It has become a "must click" for us. Dr. Maughan is also the president of the Wolf Recovery Foundation. Click on over to both sites for good insight and good information. Be careful, you can be sucked right in.
Recent informative posts include:
Fewer Elk to be fed on National Elk Refuge
Global Warming 'very likely' Man-Made
Is momentum building to rip out salmon and steelhead-killing dams?
Montana bill favors wolf, grizzly hunts
The Jarbidge bull trout
_________________ 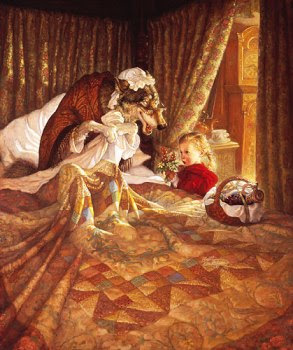 .. Captivating take on wolves by Ben Mackintyre: "What Big Teeth You Have! Ideal for the Highlands."
.. From the High Country News: "Don't Part Out Our National Parks."
.. What does Yosemite have that Yellowstone needs? Check This.
.. Great Falls Tribune notes about Wolf Delisting.
.. From Scientific American: "Climate Change Science Moves From Proof To Prevention," "Science by Committee: Wrangling Over Climate Change in Paris," "Global Warming: As Paris Blooms in Winter, Scientists Debate Climate Change."
__________________
.. From New West: "Montana Sues Wyoming Over Water," "Why It's Hard to Hail Wolf Delisting," "Geothermal Energy Controversy in Central Oregon."
.. From Grist: "Gore's New Flick (from last May,)" "Sarah Silverman on 'An Inconvenient Truth' - a must see!
..
Posted by Yellowstoner at Friday, February 02, 2007