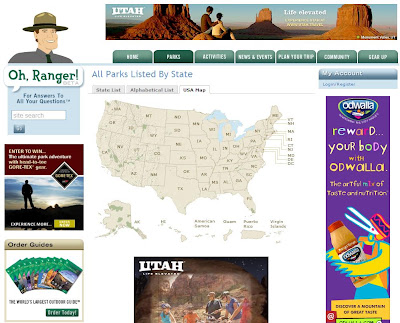 .. The ohranger.com site is undergoing a complete revision and rebuild. We'll wait and see what the final outcome is.
MONEY QUOTE:

We've been America's leading publisher of visitor guides for national parks for more than two decades, reaching visitors during their planning stages at home and again while they're on the road exploring America. 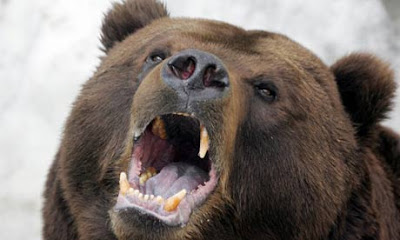 .. Via Moldy Chum: The Guardian.co.uk reports that two mine workers were killed and eaten by hungry bears.

MONEY QUOTE:
Up to 30 hungry and desperate bears have attacked and eaten two men in Russia's wild far eastern region of Kamchatka, and have trapped a group of geologists at their remote site.
The bears - apparently starving - killed the men last Thursday, Russian agencies reported. The bears had surrounded a local platinum mining company. Both victims worked at the mine as security guards.
About 400 geologists and miners are now refusing to return to work, afraid of further attacks. Attempts by local officials to fly to the scene by helicopter and shoot the bears have so far failed, because of bad weather, agencies reported.

.. With the rapidly disappearing Yellowstone Cutthroat Trout and the increasing bear population in central Yellowstone, we wonder if this is a situation soon to be faced in our nation's first park?
Posted by Yellowstoner at Thursday, July 24, 2008

Happy Fourth Of July, Y'all 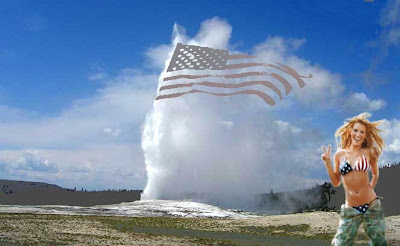