QUICK AND DIRTY
Look Out Utah
arches in peril 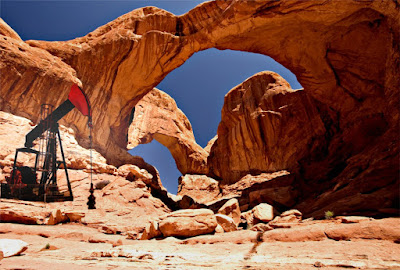 .. The Bush Administration is doing with a stroke of the pen what Gale Norton tried to do within the system -- and failed.
.. Big Oil is working hard these last few days of the present administration. Look for more to come.
.. Read it HERE.
Posted by Yellowstoner at Monday, November 10, 2008 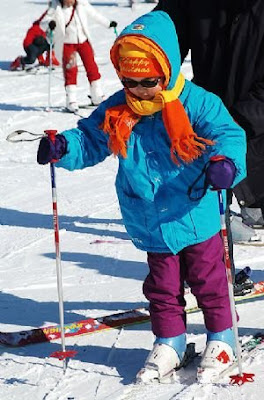 .. The NPS has released a draft plan for comment. Read it and comment. Here's the press release:

Yellowstone and Grand Teton National Parks are seeking public comment on a new plan to guide the management of winter use in the parks.

The previous plan was rejected by a federal judge in Washington, D.C., in September. Neither snowmobiles nor snowcoaches can be allowed in the parks this winter without a new plan and new regulation.

The preferred alternative would allow up to 318 commercially guided, Best Available Technology (BAT) snowmobiles, and up to 78 commercially guided snowcoaches in a day in Yellowstone. The 2008-2009 winter season is scheduled to begin Monday, December 15, 2008.

The preferred alternative would also provide for motorized oversnow travel over Sylvan Pass and Yellowstone’s East Entrance road as agreed to by the Sylvan Pass Study Group this past summer.

In Grand Teton and the John D. Rockefeller, Jr. Memorial Parkway, grooming and motorized oversnow travel on the Continental Divide Snowmobile Trail (CDST) between Moran Junction and Flagg Ranch would be discontinued. However, those interested in through travel on the CDST could transport their snowmobiles on trailers between these locations.

The plan would be in effect for a period of up to three winters for Yellowstone. It would provide long term direction for winter use management in Grand Teton and the Parkway.

Park managers believe an approach including both snowmobile and snowcoach access reduces impacts of both to acceptable levels. This environmental assessment addresses the impact concerns raised by the recent ruling of the U.S. District Court for the District of Columbia.

The Winter Use Plans Environmental Assessment (EA) and an electronic form to submit comments on the Internet can be found on the web at http://parkplanning.nps.gov. Written comments may be submitted through this web site, in person, or by mail. Comments will not be accepted by phone, fax, or e-mail. All public comments must be received or postmarked by midnight, November 17, 2008.

A proposed rule to implement the preferred alternative contained in the new plan will be published in a few days in the Federal Register, and will also be open for a 15-day public review and comment period. The rulemaking process supports, but is separate from, the public review and comment period on the EA. The proposed rule and an electronic form to submit written comments will be available on the Internet at http://www.regulations.gov. You can find the proposed rule by searching the “Documents Open For Public Comment” and selecting the National Park Service as the agency.

A final rule would have to be prepared and published in the Federal Register in order to implement the FONSI and provide for motorized oversnow vehicle travel in the parks this winter. The National Park Service expects to have a decision regarding winter use management prior by the December 15, 2008, scheduled start to the winter season.

Both the EA and the proposed rule are available on CD or in hard copy by writing the National Park Service, Management Assistant’s Office, P.O. Box 168, Yellowstone National Park, Wyoming 82190. Document requests may also be made by sending an e-mail to Yellowstone Winter Use; by calling 307-344-2019 during normal business hours; or by sending a request by fax to 307-344-2025.

Posted by Yellowstoner at Tuesday, November 04, 2008