Yellowstone and Glacier are among nine parks where "significant worsening trends" of ammonium in the air were found, according to a recent National Park Service report on air quality trends from 1996 to 2005.

.. Mike Stark of the Billings Gazette reports about a study showing the continuing increase in air-born pollution in Yellowstone National Park, Glacier National Park, and other areas of the Rocky Mountain West. Pollinating insects and plants could be the first elements affected. Rocky Mountain National Park has the highest levels of ammonia and scientists are noting the replacement of wildflowers with grasses. This could happen in Yellowstone and Glacier too. There is a possibility that the intensity of the ammonia fallout is ameliorating in Yellowstone. 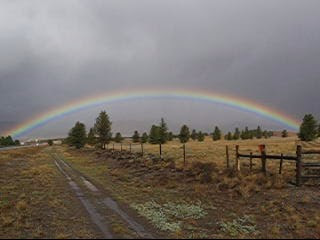 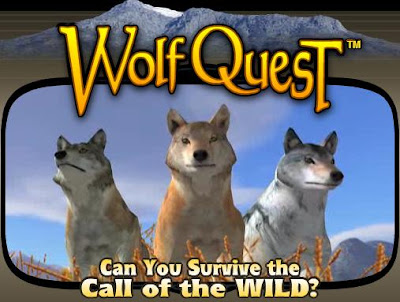 .. Wolf Quest, a free downloadable-game developed by the Minnesota Zoo and Eduweb, has caused such interest that the downloads crashed the server. The game's first episode is titled "WolfQuest: Amethyst Mountain," and allows the players to take the perspective of wolves in Yellowstone National Park. Downloads are outstripping the ability of servers to keep up. You can read the AP report HERE & HERE. (Map of Amethyst Mountain.)
.. The real wolves have a game of their own. They have found some more easy vittles near Dillon, Montana. Two incidents were confirmed by the Montana State Wildlife Services. In one instance two sheep were killed, in another a cow calf was killed. Traps were set in the first area in an attempt to capture the wolf, collar it, and determine if it's a lone wolf. A shoot on sight permit was issued to the rancher in the second incident. Read it HERE. 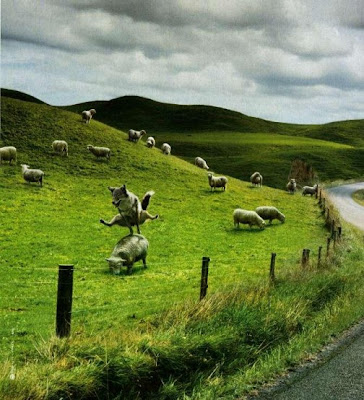 ----------------
.. The streaming webcam at Old Faithful, mentioned previously, is still in BETA. It's experiencing some icing problems and the views are intermittent as the cold weather invades Yellowstone. When it's good, it's very very good, and when it's bad . . . . . .
.. You can read about the woes of the webcam in the Casper Star Tribune HERE. You can view it yourself HERE. (Turn the narration off!)
.. If you are into wecams of the region go to the regional webcam links on Ralph Maughan's site. Many to view. (P.S. The Tetons are glorious today!) 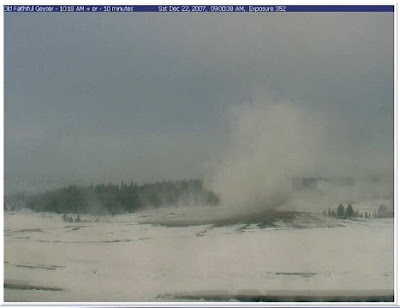