.. Several print publications have recently put their spin on an article by Associated Press writer Mead Gruver that notices how Baby Boomer's are invading the West for their golden years. The popularity of the article for distribution suggests that there may be something to the observation. You can check the different pictures and headlines here: Topix, Bismark Tribune, Trib.Com, Billings Gazette, seMissourian, MemphisOnline, and many others. 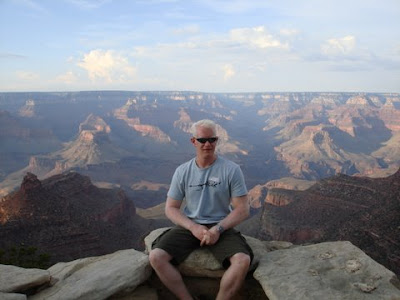 .. Last Wednesday the Federal Register posted the notice of report submitted to the World Heritage Committee detailing the progress and continuing efforts made in addressing issues that have threatened Yellowstone National Park. The full report is on the NPS site. There is a 30 day public comment period.
.. Copies are also available by writing to Suzanne Lewis, 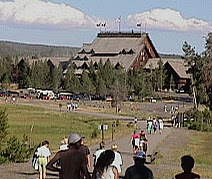 Superintendent, Yellowstone National Park, P.O. Box 168, Yellowstone National Park, WY 82190-0168; by telephoning 307-344-2002; by sending an e-mail message to yell--world--heritage@nps.gov; or by picking up a copy in person at the park's headquarters in Mammoth Hot Springs, Wyoming, 82190.
.. Mike Stark in the Billings Gazette details the issues and actions cited in the report. These range from mining activities, through bison and grayling, to pollution from motorized travel, (summer and winter.) The winter problems have been addressed and pollution is on the decline - summer pollution and visitor use has not been addressed, because the park believes that visitation has leveled off. Time will tell if the increasing population around Yellowstone will avoid the park in the summer.

--------------
.. Modern critics of the national parks have often cited the sentence;
“to conserve the scenery and the natural and historic objects and the wild life therein [within the national parks] and to provide for the enjoyment of the same in such manner and by such means as will leave them unimpaired for the enjoyment of future generations.”
as contradictory and an impossible mandate.
.. The NPS Morning Report for December 18, 2007 lets us know that the George Wright Society is addressing this and other bits of park history in a series of essays looking at the future and past of the parks.
.. One posthumous essay is abridged from previous work by Robin W. Winks and looks at the original act and subsequent legislation that does not view the mandate as contradictory. The complete original article can be found on the NPS site, and is an exhaustive exploration of the topic THE NATIONAL PARK SERVICE ACT OF 1916: "A CONTRADICTORY MANDATE?"
.. Joseph Sax, in a 1976 issue of Natural History Magazine, also did a popular piece addressing some of the similar points made by Winks. 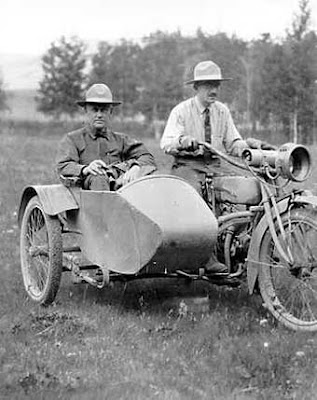