What Does Yellowstone Want ??

CELL TOWERS IN NEWS AGAIN
And Some Other Stuff 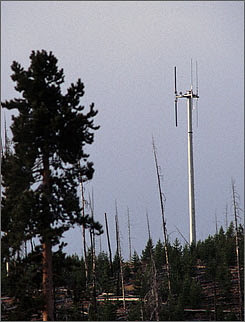 .. Once upon a time the National Park Service loved cell phone towers and held secret meetings to plan how to put them in Yellowstone National Park. The Sierra Club noted in January of 2005 that the NPS was seeking revenue streams of all kinds and that cell phones and their towers could provide it.
.. The minutes of the secret meeting were "outed" by PEER on April 8, 2004, and finally made it to "My Space" on May 3, 2006, and much discussion ensued in the press and the blogs. The NPS was happy to join the discussion because it ignored the revenue issue. It seemed that the issue was settled and it faded from the radar.
.. Now there is a proposed tower, on private property, that the NPS is objecting to on grounds that it's visibility is detrimental to the Yellowstone Experience - of course they are not daring to mention that it will generate no revenue for the park.
.. An article by Brodie Farquhar in the October 24, 2007 issue of the Casper Star Tribune details the supposed concerns of the NPS. Suzanne Lewis is advocating political action by park employees to change the siting of the tower. She wrote them a memo with instructions about how to oppose the non-revenue-producing tower.
.. Of course in her letter to Alltel, on October 16, Lewis used the same objections to the proposed tower that critics used after the park illegally placed their tower at Old Faithful. Just plain whimsy on the part of a park with neither real concern or consistency. Bushgreenwatch posted a note about the concern back in April of 2004. It seems that the intrusion into the Old Faithful viewshed by a cell phone tower is just fine if it's done for monetary gain by the NPS, but it's not a good thing for the Roosevelt Arch viewshed if the NPS doesn't make money.
.. Back in May of 2006, Rita Beamish, again in the Casper Star Tribune noted that the National Park Service wanted an industry-wide plan for the lowest impact. Of course this meant on park properties with revenue for the parks.
.. It is also noteworthy that the NPS has allowed towers and facilities on Bunsen Peak for their own use for many years.
.. For those interested in the way the NPS does business these days, the following links should be interesting:
--- Letter from Jeff Ruch, Executive Director of PEER, to Earl Devaney, Inspector General, seeking an explanation of the secret meeting to site towers and provide revenues to the NPS (PDF).
--- List of those attending the illegal meeting of March 31, 2005. Includes email addresses and minutes of meeting. [Compare to 'notes' below.] (PDF.)
--- Notes by unidentified NPS employee from that secret meeting on 30/31/05 (PDF).
--- Cell phone coverage map from the 1999 Environmental Assessment for predicted coverage (PDF).
--- Simple view from National Parks Conservation Association. 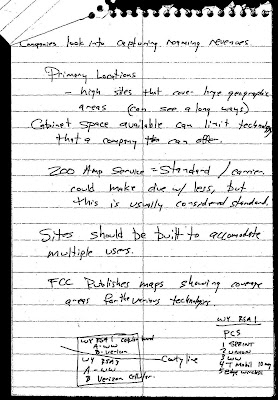 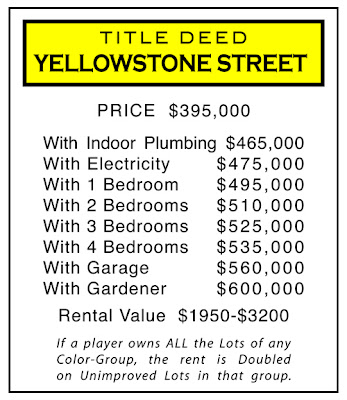 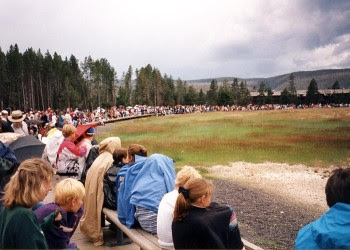 Posted by Yellowstoner at Thursday, October 25, 2007